Japan and South Korea have filed formal protests after North Korea fired 4 ballistic missiles toward northwestern Japan on Monday (06 March 2017).  Three of the four missiles landed in waters around 190 miles/300 kilometers from the Oga Peninsula in northwestern Japan.  North Korean officials said the missiles were fired to show their displeasure over continuing military exercises conducted by South Korean and U.S. forces.  North Korea promised “to retaliate” for these “provocations.”

According to Reuters correspondents Ju-min Park and Kaori Kaneko, U.S. and Chinese officials have advised caution in the wake of the missile tests.

“U.S. officials, speaking on condition of anonymity, also told Reuters there were no indications so far that North Korea had tested an ICBM.” 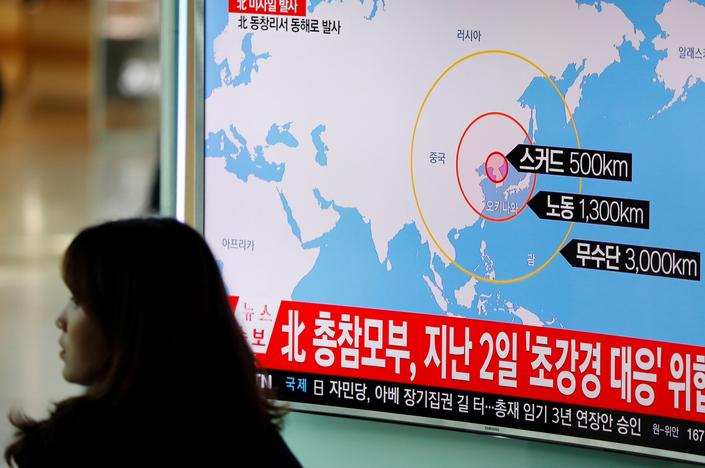 “The U.S. military said it detected and tracked what it assessed was a North Korean missile launch, but it did not pose a threat to North America.

“All sides should exercise restraint and not do anything to irritate each other to worsen regional tensions,” Geng said, referring to both the missile launch and U.S.-South Korean military exercises.”

President Donald Trump and his national security advisors are reviewing a range of options to counter the North Korean missile threat.  According to “The New York Times”, options include missile attacks against missile launching sites in North Korea and the “possible reintroduction of nuclear weapons to the South.”  Let’s hope cooler heads prevail while the North Korean leadership gets over its temper tantrum.”

For the latest trends in geopolitical intelligence, strategic forecasting, terrorism, and cybersecurity, please visit my Daily Intelligence Briefing at:

For more information on the above topics, please check the blog sidebar and footer areas. These news feeds are updated daily.

Opinions expressed in this blog are mine unless otherwise stated.

Thanks for joining us today!

This site uses Akismet to reduce spam. Learn how your comment data is processed.